The Top 5 Foods to Try in Paraguay

Traditional Paraguayan food comes from a fusion of Guarani and Spanish recipes.

Meat, casava, cheese, and corn are predominantly found in many dishes, and high-calorie and nutrient-dense dishes developed during and after the Paraguayan War still form a large part of the modern diet.

Stews and soups such as bife koygua, bori-bori and pira caldo are starters rather than side dishes, while chipa, Paraguayan soup and mandi'ó cake are simple and light street food.

Try local sweets like dulce mamón or vegetarian classics like kivevé. If you need to cleanse your palate or want to rest from the heat, a succulent tereré can be found all over the country.

We hope you enjoy watching this video about Paraguay Food Tour

Discover The Most Delicious Foods you should try in Paraguay!

Chipa, Paraguay's favorite snack, is a chewy bread made with cassava flour. Crispy on the outside, soft and extravagant on the inside, it is usually made in the shape of a ball or circle.

Flavored with fennel and cooked with butter, the chipa has an almost sweet taste. Originally a food for the Guarani Indians of South America, Jesuit missionaries played a role in the development of the current recipe when they introduced dairy products to the Guarani.

It is sold in baskets on the side of the road or inside the buses. For something different, head to the farmers market to buy chipa asador, a grilled and cheesy version of the bread.

Although its name translates literally as "Paraguayan soup", this dish is not soup.

Filled with cheese and onion, it is a cross between a cheese and cornbread souffle, typically accompanied by a royal soup. It is the official national dish, served to both visiting ambassadors and hungry backpackers on long-distance bus trips.

One account claims that Paraguayan soup arose when the Paraguayan president's chef, Don Carlos Antonio López, poured too much cornmeal into his soup, decided to roast the mixture and serve it anyway.

The president, passionate about creation, began offering it to visiting dignitaries. If you are not invited to the Presidential Palace, you can easily try it at the local Bolsi restaurant in Asuncion.

If you hear the word “kivevé” in Paraguay, the speaker is talking about a light red pumpkin soup made with slightly acidic Paraguayan cheese or referring to a redhead.

Made with pumpkin, onion, salt, sugar, cornmeal and cream, the dish is rich in calories and has a slightly sweet taste.

Also known as kibebé, try it as a vegetarian dish, asado (barbecue) or dessert in many traditional restaurants across the country. One of several Hispanic-Guarani fusion dishes popularized during the Paraguayan War, it helped feed the country when food was scarce and the demand for foods high in calories and protein was high.

Made with tapioca flour or starch, this pancake appears in Guaraní mythology and is one of the oldest foods in Paraguay.

Gluten-free aperitif, it was one of the first foods that the Guarani shared with the Spanish colonizers when they arrived. Composed of salt, water, eggs, milk, grated cheese and sometimes pork fat, it is served for breakfast with coffee, milk or cooked mate (a tea with a high caffeine content).

Especially popular in the winter months and during the feast of San Juan, it's dry on the outside and slightly sticky and a bit quirky on the inside. Ask for one at Café de Acá or La Herencia, both located in Asunción.

Another dish born during the time of the Paraguayan War, the pira caldo is a high-calorie fish soup made with varieties of catfish such as mandi’y, tare’y or meaty surubí.

For its preparation, vegetables such as peppers, onions, carrots, celery or leeks are fried in beef or pork fat, after which water and catfish are added along with seasonings to complete the main dish.

Usually garnished with pepper and parsley, different variations also contain Paraguayan milk or cheese to thicken it up and make it even more filling.

Did you find this post useful or inspiring? Save THIS PIN to your Travel Board on Pinterest! 😊 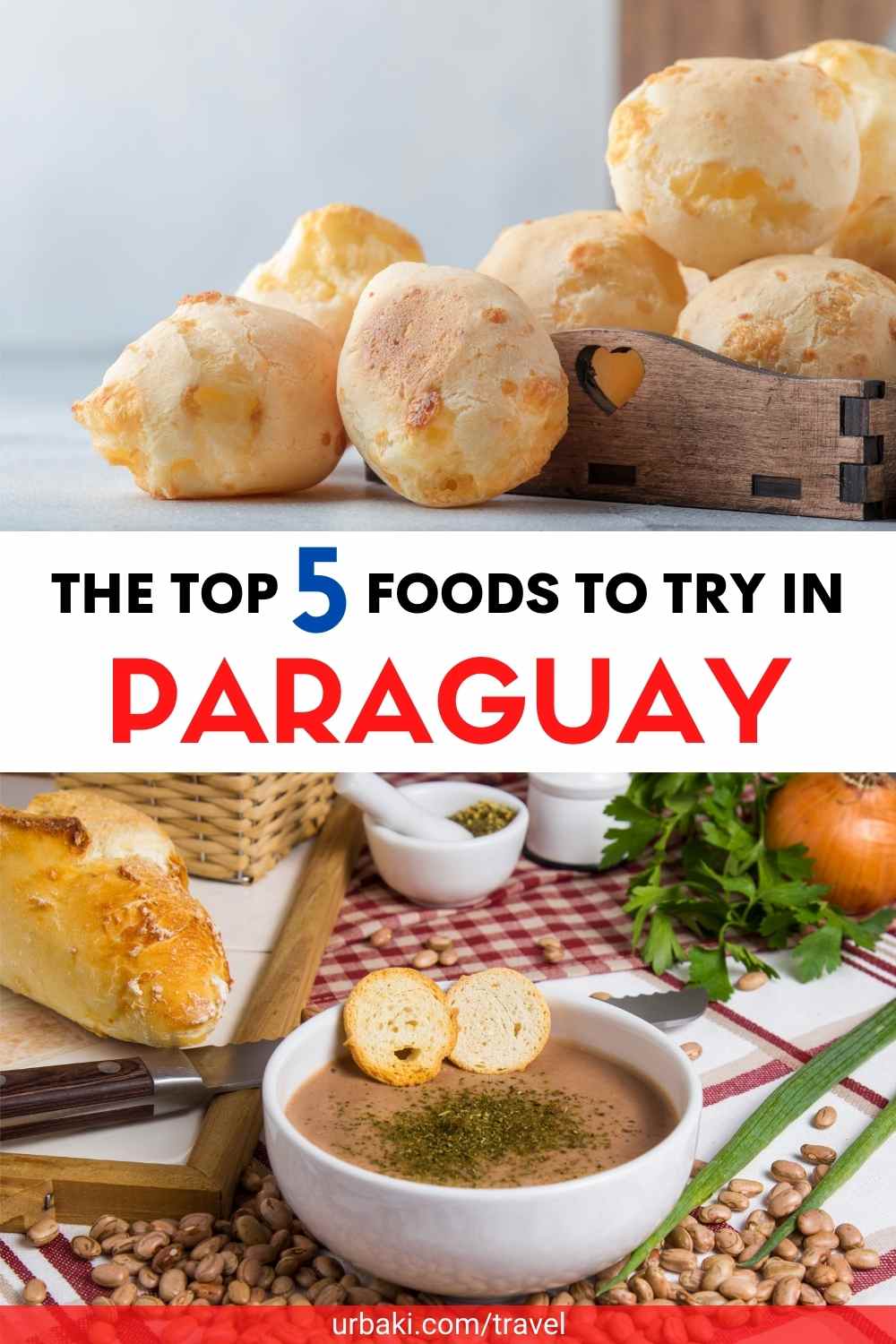 Ok, That is all for now…

See you in the next post, Have a Wonderful Day!

The Top 5 Beaches in Melbourne

Top 10 Things To Do in Barcelona

How to Visit The Maldives on a Budget

We Have 5 Great Reasons Why You Should Visit Colombia Now!

The 5 Best Places to Hike in Sumatra

December in Costa Rica: Weather, What to Pack, and What to See

The Complete Guide to Chilean Patagonia

5 Foods to Try in Argentina

Use This Guide When Visiting Baños, Ecuador

The 3 Most Popular Islands in Panama (Part 2)

Festivals to Experience in Honduras

The 3 Most Popular Islands in Panama

How to Spend a Weekend in Lima

We Have 5 Great Reasons Why You Should Visit Colombia Now!

The Weather and Climate in Rio de Janeiro